Kiosks Revolutionize Costly Locksmith Services by Enabling Customers to Copy Home, Office and Automotive Keys and Save ‘Digital Copies’ of Keys in the Cloud 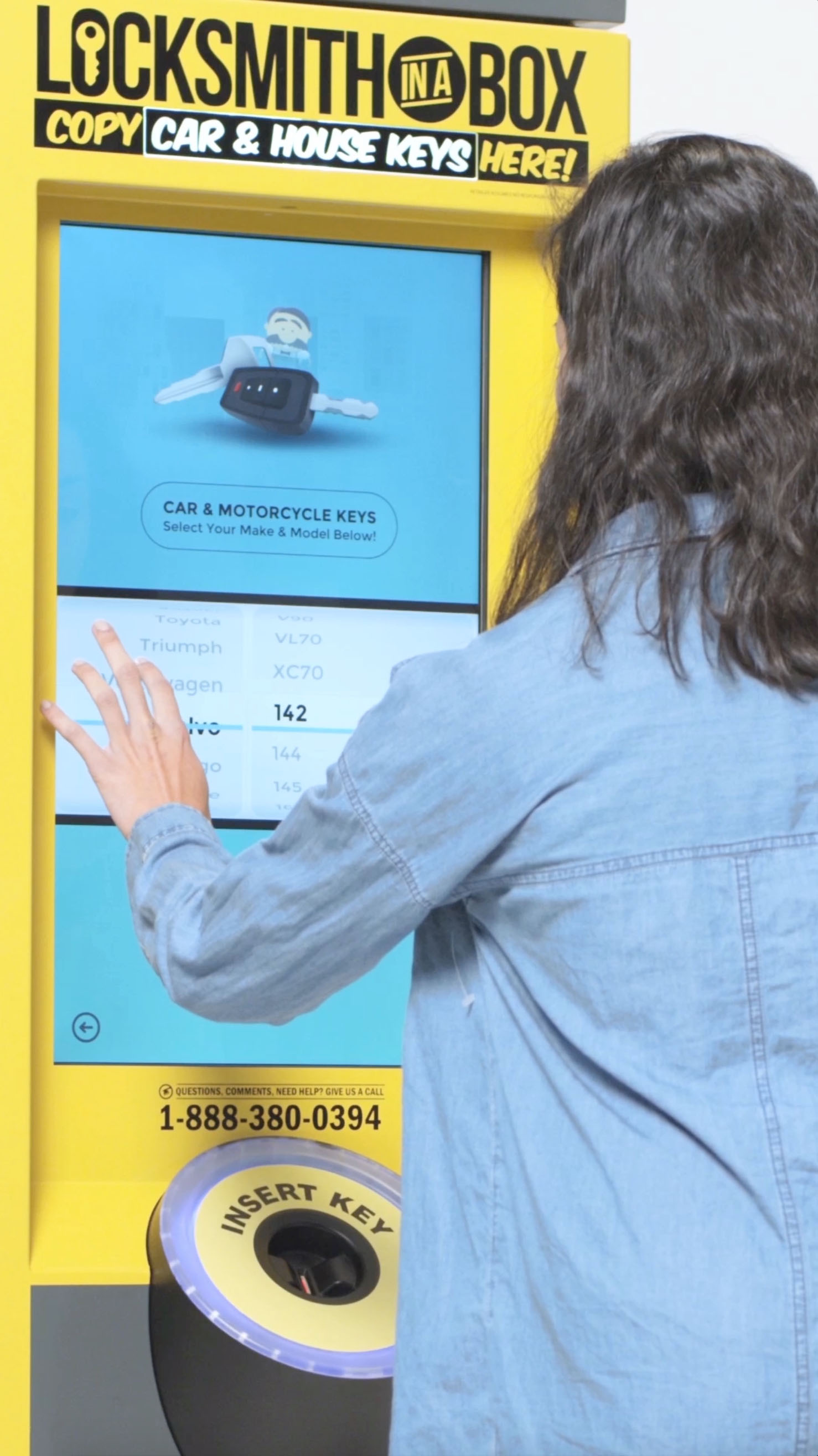 September 15, 2016, New York, NY – KeyMe, the rapidly growing company that is revolutionizing the locksmith industry, today announced a new $15M Series C round of funding led by QuestMark Partners.  This follows a $20M Series B round of funding in December 2015, bringing total funding to $45M.  All previous investors participated in an oversubscribed round, including Comcast Ventures, Battery Ventures, White Star Capital, 7-Eleven, Ravin Gandhi, and the Polsky Family Office, among others.

This round of financing will support the company’s aggressive expansion plan to add more than 3,500 next-generation key copying kiosks by the end of 2017 in leading retailers, including: 7-Eleven, Albertsons, Bed, Bath & Beyond, Kmart, Lowe’s Home Improvement, Mall of America, Rite Aid, Safeway and Sears.

The new KeyMe kiosk is the first and only kiosk with the ability to support approximately 85% of all automotive keys on the market, including modern “fob” automotive keys.  Consumers have historically been forced to go to a dealer for such keys and often pay hundreds of dollars. This technology enables KeyMe to scan car keys at the kiosk, read the transponder, and ship a fully ­programmed copy with a shipment tracking code in under two days. Prices start at $19.99 for non-­transponder keys and $59.99 for “fob” keys and transponder keys.  KeyMe can also replicate keys for recreational, watercraft, and commercial vehicles.

In a revolutionary advance in the industry, KeyMe enables customers to save digital copies of their keys in the cloud. Customers can then recover a copy simply and securely using their fingerprint at any of the kiosks if they are ever locked out and can also use KeyMe’s free iOS and Android apps, creating a seamless multi-platform experience – keys can be saved via the app and stored in the cloud, then accessed and printed at a kiosk in the event of a lockout, saving hundreds of dollars that would ordinarily be spent on an emergency locksmith visit.

“KeyMe is poised to help tens of millions of consumers securely and conveniently copy keys at their local retailer,” said Greg Marsh, founder and CEO of KeyMe. “This new round of funding will help us meet explosive retailer demand for tens of thousands of new kiosks and fundamentally disrupt a $7.5 billion per year industry.”

“KeyMe has successfully brought key copying into the 21st century, with technology that offers convenience, security and control to anyone with a set of keys,” said Nick Superina, partner at QuestMark Partners. “KeyMe’s unique kiosks, mobile application and cloud storage of keys truly make the key copying and sharing experience much more convenient, accurate and safe. We are proud to lead the new round of funding for KeyMe, fueling KeyMe’s rapid expansion to thousands of stores and millions of mobile users worldwide. With over one million keys produced and a massive national retail presence, we expect KeyMe to continue to shape and define the industry.”

In addition to convenience, KeyMe’s advanced robotics and artificial intelligence technology produces key copies that are more accurate than the originals, whereas traditional key duplication services have 15­-20 percent error rates as a result of their “tracing” methodology. Customers can also use KeyMe’s free, downloadable mobile app to safely scan and save a digital copy from anywhere, and either mail order copies to their door or print a copy at any KeyMe kiosk.

KeyMe has introduced unprecedented security and control into key duplication and lockouts, services historically fraught with scams and unscrupulous emergency locksmiths. KeyMe provides accountability across the entire customer experience. For every key made, there exists a detailed transaction history, financial paper trail, and fingerprint encryption at login.  KeyMe provides a “closed loop” security trail with its technology.

With the new funding completed, Nick Superina, partner at QuestMark Partners has joined the board.  Nick joined QuestMark in 2006 and focuses on growth equity investments in SaaS/enterprise software, mobile software platforms, infrastructure software, security, communications, storage, consumer internet, digital media, and tech-enabled business services. Nick currently is a board observer for ADARA, Applause, and Vidyo, and is involved with Venafi.  Nick replaces current board member Jens Molbak, who served on the board since its seed round in 2013.

A full list of kiosk locations can be seen at www.key.me/kiosks. For additional info and media inquires, get the PDF.