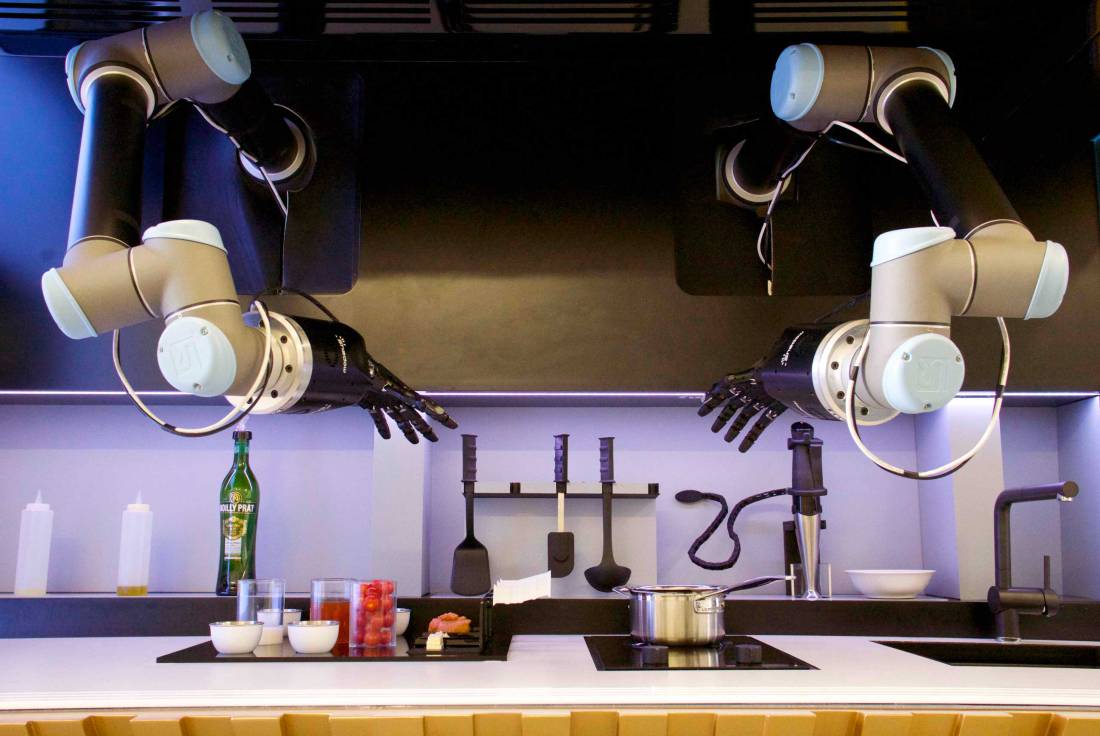 This robot can prepare a lovely crab bisque in under 30 minutes!

As anyone who has ever worked in the restaurant industry can tell you, working in a kitchen isn’t for the faint of heart. You work long hours, the heat is unbearable, customers expect the food to magically appear in front of them in minutes, and you need to display grace under pressure (to put it lightly) dealing with your equally stressed coworkers. It’s a demanding job to be sure. Some days it can feel like you have to be a machine in order to fend off the exhaustion and keep up.

Well, we may have reached a point where there will be actual machines preparing your next plate of Penne alla Vodka. Meet Moley, the robotic chef who is looking for a job in a kitchen near you.

The other kind of machine learning

Moley Robotics, a UK-based startup, has been working on their robot chef for several years now, finally providing a demo in 2015. The company had its automated kitchen prepare crab bisque based on the recipe of a MasterChef UK competition winner for journalists because of the complexity of the dish and the difficulty it provides humans (never mind machines).

At the time of the demo, the robot could only make crab bisque. Now that it is coming closer to market, it boasts an internal cookbook consisting of 2,000 meals. That’s a lot of culinary school packed into little more than a year.

In an effort to reach its goal of offering the robot chef for sale in 2017, Moley has turned to Seedr in an effort to crowdsource the necessary funding to complete development. Moley is seeking a £1 million investment and has collected over £860,000 as of this writing. Both the concepts of a robotic chef and tapping into the public to act as investors (complete with equity) are both examples of where we are in 2016: success often correlating with disruption.

Anyone who has followed the news for the last few years or even decades may have learned about the rise in robotics across many industries. It is no secret why: automation, over time, lowers costs (for both consumers and businesses) and increases productivity. The upfront costs may be greater, but the savings after implementation make the endeavor worthwhile. While in the past, the high price tags of bringing automation to a new industry scared away many would-be investors, today’s more advanced robots alleviate many of those old fears. Where the automotive industry has used robotic arms for rote manufacturing tasks for decades, more creative tasks, like cooking a meal, often felt out of reach.

Some may believe that this sort of investment would be outside the budget of the average restaurant. But for larger food service operations, it is easy to see how the investment would be enticing. A robot chef may be an expensive initial investment, but over time you are saving on the costs associated with having a person performing in the role. In place of chefs and line cooks, a new opportunity arises for the cook who is still developing recipes and “teaching” the robot how to do them.

While we’ll always be pushing ahead, there are only so many more brand new concepts to come up with. Elon Musk aside, it’s hard to create and lead an entirely new industry, which leaves us with developing creative ways to change and perfect the goods and services we’ve been trading for centuries. That can mean self-driving cars, TV series being developed outside the constraints of cable, and, yes, a robot chef. 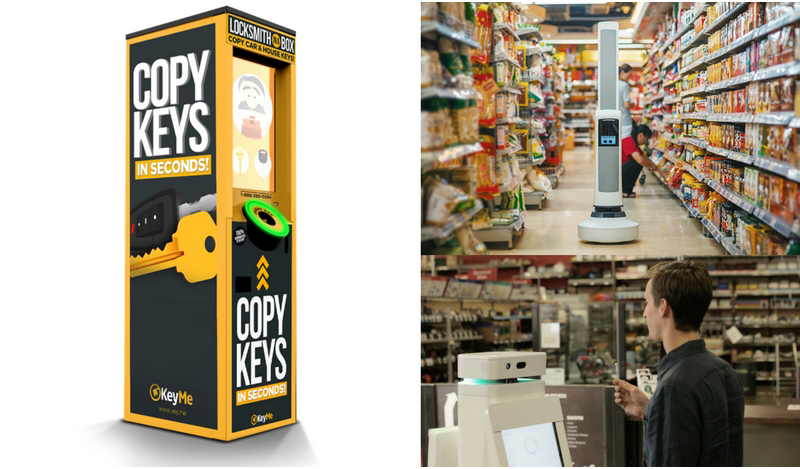 At KeyMe, we are proud to join disrupters like Moley Robotics and many others, looking to bring robotics, machine learning and artificial intelligence into the mainstream. In the past, we have brought you stories on deep learning, neural networks and retail robots like OSHBot and Tally.

Much like how Moley is seeking to disrupt the way we approach the kitchen, KeyMe has redefined what it means to call a locksmith. Again, we see an investment in technology that over time makes financial sense for everyone involved. Robotics brings this service once relegated to hardware and big-box retailer to your local convenience store for the same price. Locked out? That’ll cost you a fraction of what it would cost to have an emergency locksmith make the trip to your home. Afraid of losing your keys or being locked out? Scan them once and you know you’ll always have the ability to create a copy at your nearest kiosk.

In a time of on-demand comfort where everything we want is expected to be at our fingertips, many robotic innovations remove inconvenience and replace with speed. A kiosk, much like a robot chef, doesn’t get tired and is always there to perform its function. These retail robots never take a day off or get stuck in traffic. If this is the future, it’s something to be excited for.

Find your local kiosk and try KeyMe for yourself today!

The Keys to Super Bowl LII