3 Types of Motorcycle Theft (And How To Prevent Them) 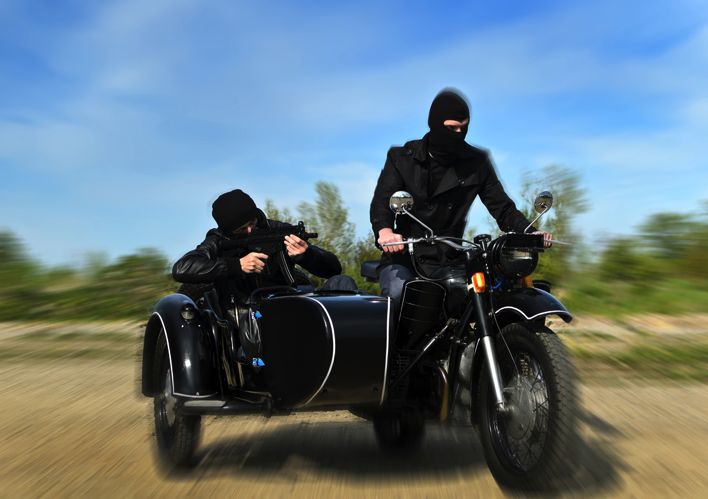 Check out our Motorcycle Theft infographic to see the most stolen bikes by manufacturer and more!

In their 2015 Forecast Report “2015 Motorcycle Theft & Recovery,” the National Insurance Crime Bureau painted a picture of motorcycle theft that, while increasing only 6% nationally, is on the rise in many American cities. New York City experienced a 30% increase in crime over 2014. Los Angeles County led California, a state that led the nation in thefts, with over 7,000.

Ride-away theft is one of the more common methods of stealing a motorcycle because it only takes one ambitious criminal.  They walk over to your bike, disable any locks and prevention tools, jump start the engine, and ride away.  Some thieves will work with a partner as a lookout, to avoid complications.  For the most part, however, well-trained individuals can remove security devices quickly enough that it doesn’t look much different than it would if you were doing it properly.

Because this method can draw so little attention, you’ll want to employ multiple preventative tools.  This can come down to a couple of smart choices, without the need to purchase anything: 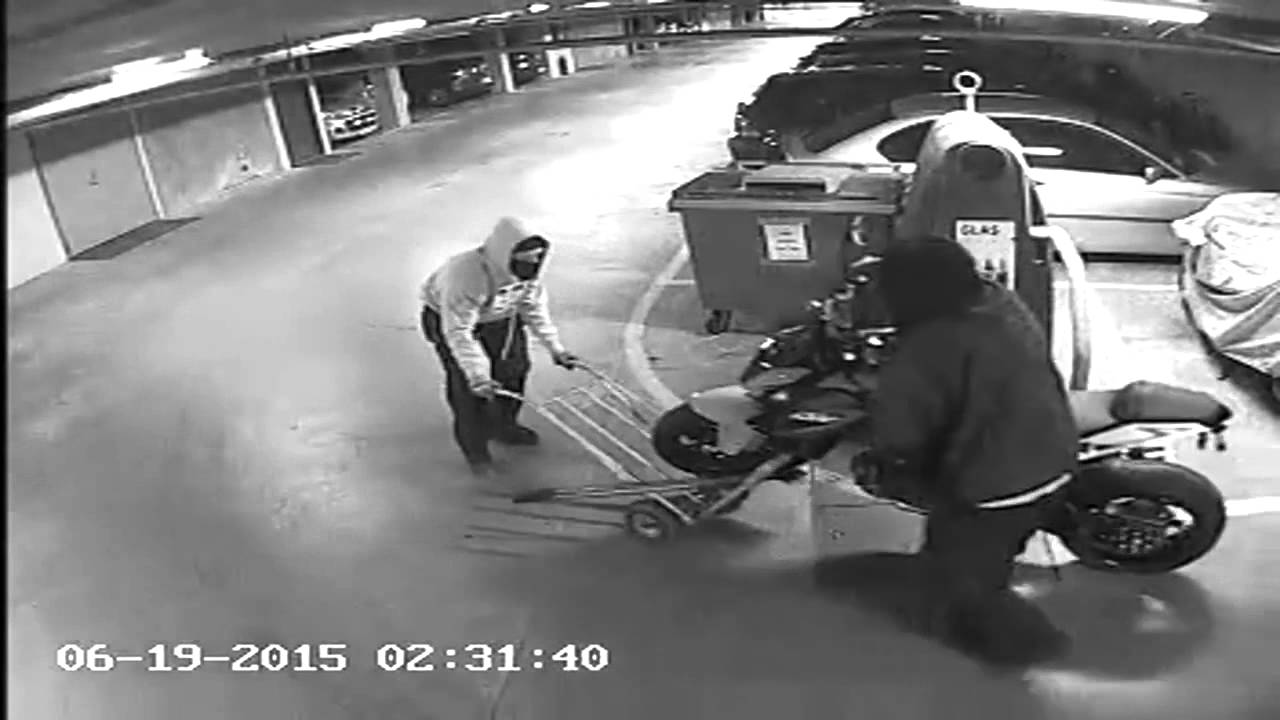 Grab ‘n’ go theft takes more than just one criminal to get the job done, and it expedites the process greatly making it one of the more dangerous methods to watch out for.  As a group effort, one person drives a van and at least one other loads the motorcycle in for a quick drive-off.  Certain locks will slow this process down, but very little has to be disabled in the moment in order to move your motorcycle from its parked location into the van.  As a result, you can only do so much to avoid this.

Break-ins account for a fair number of motorcycle thefts as well.  Since those happen on private property, you’ll most likely open yourself up to more risk by assuming your bike is safe because it’s stored inside.  While motorcycle thieves won’t go after a bike they don’t know exists, it isn’t all that hard to figure out where you store yours.  Once they know where you park your bike, the thief only needs to surveil your location and wait until you’re gone to break in to remove your property.

What can you do about this?  Any garage and home security system can help, but don’t forget about all the aforementioned methods for parking in public areas as well.  Any deterrents that help in a public space can, at the very least, slow a thief down.  For example, if you also own a car, you have a built-in obstruction in your garage.  Park your bike behind it.  Don’t avoid using locks either.  The best way to set yourself up for a break-in theft is to assume you’re safe enough.

Locking up all your belongings has a danger all its own: lost motorcycle keys. Between the disk lock key, the ignition key, the bike cover key and the garage key, your chances of losing access to your own bike improve exponentially. KeyMe customers have reported time and again that they have lost motorcycle keys or lock keys, especially if it’s been a while since they last took a ride.

Alleviate this by saving your keys to the cloud with the KeyMe key duplication kiosk. You will always know you have a backup that can be delivered to your door in 2-3 business days should your motorcycle key go missing. Keep your motorcycle safe and your keys organized and protected with KeyMe!

Want to know if your bike is supported? Our customer service team can help.

These Are The 15 Coolest Keychains in History

How to Prevent Lost Boat Keys