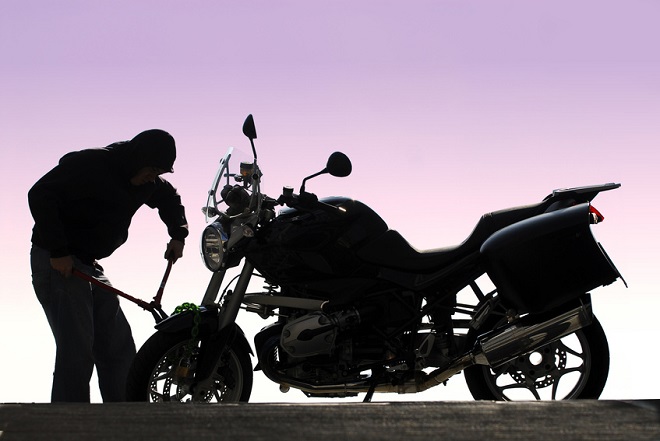 As we have shown in previous posts about motorcycle theft, stealing a motorcycle is relatively easy if you know what you are doing. Preventing it requires the savvy bike owner to outsmart the common thief. This is especially true if you happen to be the unlucky owner of one of the most commonly stolen bikes. To a certain extent, the most popular bikes are always going to be more prone to theft as they are the most sought after. But if you own a Honda, Yamaha or Suzuki, you may want to pay close attention.

To see the most stolen bike list, and other factoids about motorcycle theft, check out our infographic here.

You need to secure your bike to protect it, and you have a variety of options when accomplishing that task.  First, let’s talk about theft-prevention tools and bear this in mind: you can use just one method, but there’s no reason you can’t employ several to better your odds.

Much like with bicycles, you can use cable locks to attach your motorcycle to a post (or other accommodating stationary object).  Popular options, like the Trimax TDL815, won’t break the bank but can only provide so much protection.  Motivated thieves will have tools to cut through cable locks, so you should additional security measures as well. 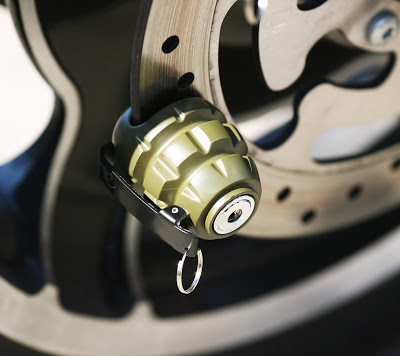 Disc locks, such as the Trimax T665LY, attach to the front disc brake of your motorcycle to immobilize it.  Many come with reminder straps so you don’t try to ride off before removing them.  Bikers often combine disc locks with cable locks for added security.  With both lock types active, the bike can’t move and will remain tethered to its location.  Do beware: some lower-quality disc locks are susceptible to a Bic pen picking method.  You can prevent this with a repair clamp, but a little research can reveal whether or not you’ll need to make the effort.  (For example, answered questions about the Trimax T665LY indicate it will not open under the pressure of a plastic pen.)

Steering locks disable the steering wheel, but they aren’t very hard for thieves to disable.  Use them if you want a little added security, but certainly not as a sole means of protection.

While a bike cover might not seem like a theft prevention device, it manages to succeed as one because it works as a deterrent.  Thieves will look for a motorcycle in plain view with locks they can disable.  A covered bike not only won’t register visually as fast as an uncovered bike will, but thieves won’t be able to see what other security measures you have in place.  When looking for a good target, a covered bike will rarely be the first choice.  If you grab a heavy duty disc lock with alarm, too, you can double up on the surprises to make stealing your bike an even riskier proposition.

While we’ve offered a few suggestions, any quality bike locks and covers will do.  If you need help determining what’s good to buy and what isn’t, check out BikeBandit’s quality chart.

Locking your bike down is plan A, but no method will ever prove 100% effective against theft.  You need a plan B to recover your bike if it gets stolen.  You have a couple of options, but should consider utilizing both. 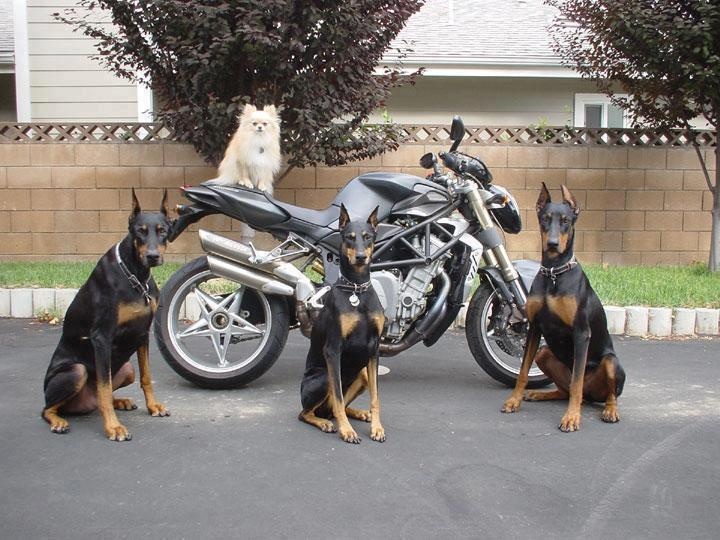 When a thief steals your bike, you’ll have a far easier time recovering it if you know where it went.  GPS trackers can help you track your motorcycle’s whereabouts in real time.  Many cost around $100, like the SPOT Trace Anti-Theft Device, but you can find others, like the TrackmateGPS MINI, for under $30.  Nevertheless, you’ll pay a monthly or annual subscription fee with GPS trackers in order to actually use their tracking abilities.  They work well, so think of them as an insurance cost if it helps.  Of course, GPS trackers only work perfectly when they’re connected.  Smart thieves will disable them if they know where to look.

If the police–or anyone else–recover your stolen motorcycle you’ll need to identify it.  Aside from keeping your registration documents on hand (rather than in the bike), you can add markings for fast identification.  Obvious markings can serve as a theft deterrent because it’ll make your bike uniquely identifiable.  This won’t matter much once the bike makes it to a chop shop, but just like a suitcase at the airport baggage claim this will help your vehicle stand out.  Discrete markings can help as well.  Say you drew a little goldfish on the backside of the parking brake.  Mentioning that will make it much easier to prove you’re at least very familiar with the bike.  If you don’t want to mark it up in any way that people can see, however, you can use an ultraviolet marker instead.  You’ll need a corresponding flashlight to view your markings, but that’s also a small investment.

While you can’t prevent motorcycle theft entirely, you can greatly decrease your chances.  If you employ many of these security methods, you’ll make your bike look like it’ll take too long to steal and that’s what successfully prevents most theft. 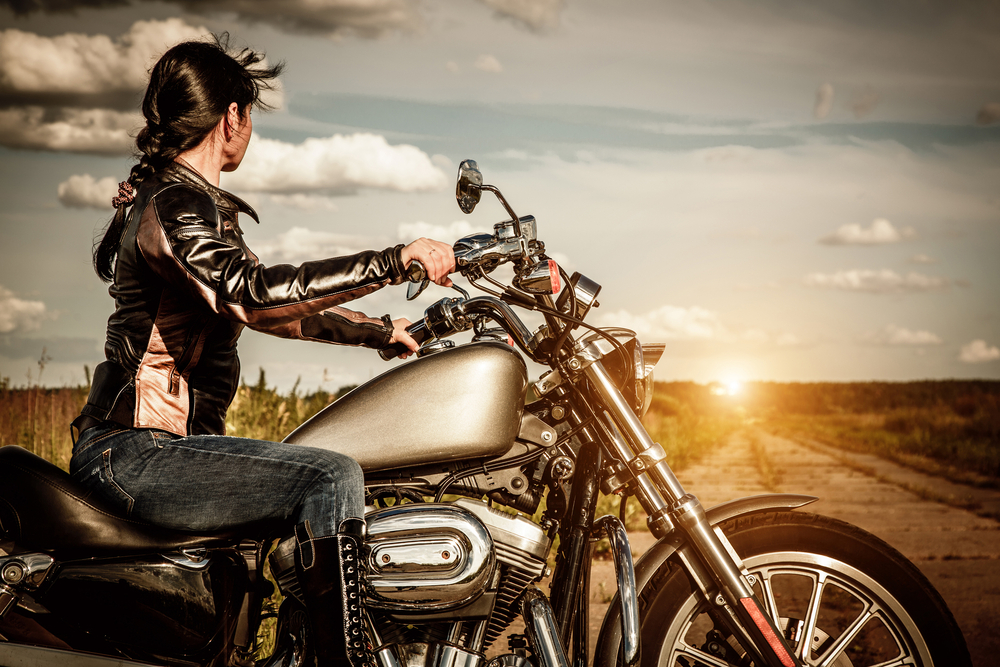 Avoid Having Too Many Spares

When you purchase a new motorcycle, you will receive a few copies of your keys.  Used bikes may come with just one key. In addition, most bikes come with a separate key for the seat and any other storage compartments and locks you may use. That is a lot of keys to keep track of!

If you are like most motorcycle owners, you will want to get spares made to ensure you don’t put yourself in a bind if keys are lost or broken. But what you do with those spares is an open question. Some people simply hide them in plain sight–on their front porch or somewhere in a parking garage.

As a key security company, we would strongly advise against this. Thieves know where to look and if they have the time, they can check the most common places quickly. Even a plastic rock might not protect you.

KeyMe gives you the opportunity to make those spare copies you need and solve the storage problem in one shot. When you insert your motorcycle key at the kiosk, you will have the opportunity to save that key in the cloud. That way, if you ever lose one, you can order a spare for a fraction of the cost a dealership will charge you. You just scan your fingerprint at the kiosk and order any saved key. You will receive it in 2-3 business days.

Motorcycles are easy enough to steal as it is. With KeyMe, you can rest easy knowing that your motorcycle keys are safe and you have done all you can to prevent motorcycle theft!

See if your bike is supported. Click below to use our free make/model checker!

How To Prevent Lost Motorcycle Keys

What To Do If You Get Locked Out Of Your Car